Dr. Amy Thompson officially opened New Life Dental Arts in November, 2007, after working as an associate dentist for the previous 3 years in Snohomish. She is one of the top ten graduates of the University Of Washington School Of Dentistry for the class of 2004, which was the number one rated dental school in the nation for that year. She strives to maintain and uphold the highest level of excellence in her work as a dentist, and believes that patient satisfaction is the most important part of her job.

Dr. Amy received numerous awards and scholarships in dental school, including the Award for Excellence in Prosthodontics, Fixed Prosthodontics Award, Prosthodontics Honors Program, Eleanor Bushee Senior Dental Student Award, Teledyne Water Pik “Best of the Best” Award and the John D. Guthrie Memorial Scholarship, which honored the top restorative dentist for the class of 2004. She also served as a class officer each year and was involved in numerous extra-curricular activities including Husky Smiles, a non-profit program started by UW dental students which targeted low-income families and provided free dental exams for children. She is an active member of the American Dental Association, the Washington State Dental Association, the Snohomish County Dental Society, and the American Academy of Dental Sleep Medicine. Dr. Amy also participates in the Spear Study Club and the Spencer Founders Study Club, both of which are an extensive, world renowned continuing education programs that focus on excellence in dental techniques, technology, cosmetic dental treatments, sleep apnea and TMJ disorders.

A life-long native of Snohomish County, she was born and raised in the Clearview area of Snohomish, Washington and graduated from Monroe High School in 1996. She graduated from the University of Washington in 2000 with a Bachelors degree in Cell and Molecular Biology, and a Minor in Music.

It was in high school that she first became interested in dentistry, and after graduating, started working for a local orthodontist as an assistant and lab technician. Her career as a dentist was solidified as she realized how much she enjoyed working with and serving people in a profession that allows you to be very creative and artistic, as well as technical. She has lived in Snohomish County with her husband, Kevin, since they were married in September, 2000. Kevin is the senior pastor of their church, Revelation Church, a non-denominational Christian church. They had their first boy, Jude, in September of 2011, and their second, Tate, in July of 2015, of which Dr. Amy loves spending all of her free time with! 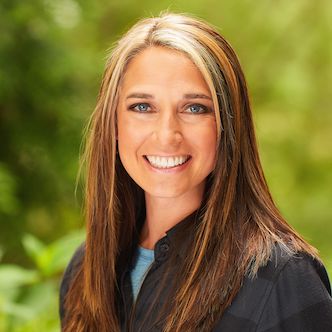